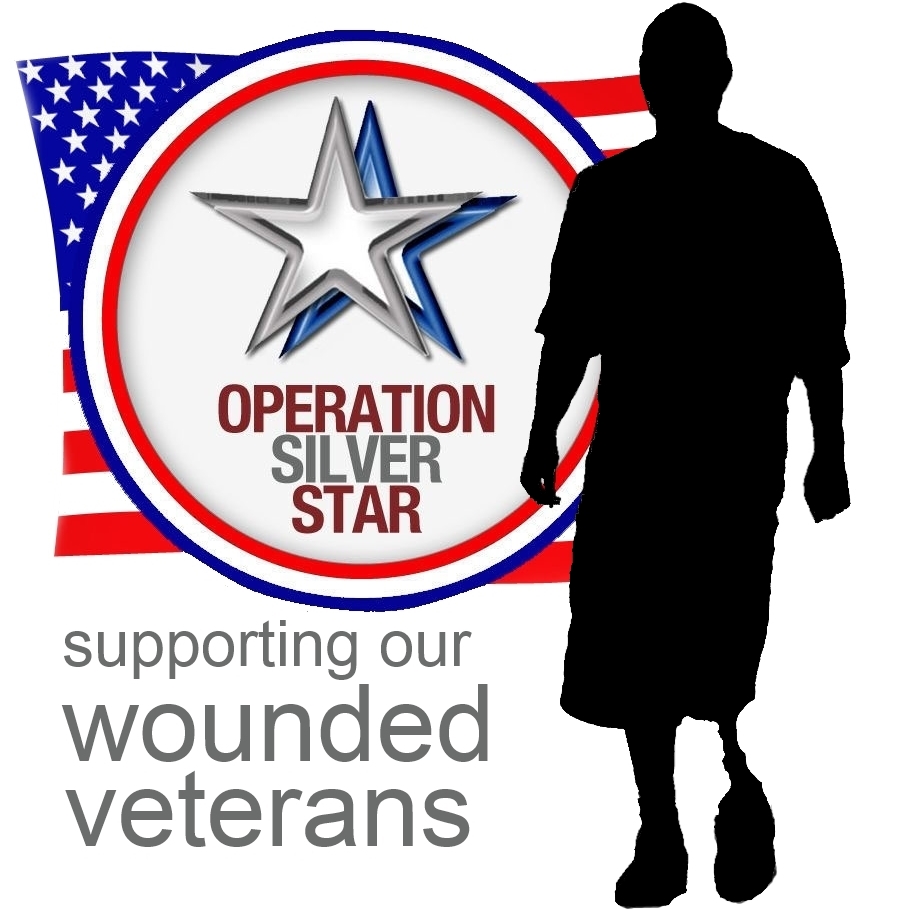 Our logo (above) contains the silhouette of my son Jesse who was severely wounded. The full logo show his prosthetic within the silhouette.

Why We Started Operation Silver Star

In 2008, we had three sons serving in our Armed Services, two of which were deployed in combat in Iraq. Shortly after one of them returned, our second son was three months into his deployment and was severely injured while responding to an IED find near Bayji, Iraq. While responding, his unit was attacked and he was hit by a rocket propelled grenade which resulted in the loss of his left leg below the knee.

When he returned to the United States, our third son was readying to be deployed to Iraq (his deployment was postponed so that he can be with his brother in the hospital). While our family was at the hospital, his mother Delia De La Cruz saw that many of the wounded service members did not have their family at the hospital by their side. We found that the reason was that many of them could not afford the the cost of travel and to stay at the hospital.

Two years after preparing and determining how we can help these families, we started Operation Silver Star to help raise funds for these families to be by the bedside of their sons and daughters as we as help these families with basic needs such as food, clothing, car/home repair/payments, emergency shelter and travel and utilities. It was our was to give back a little of what they have given and sacrificed for us as Americans.

Your support and contributions will enable us to meet our goals andimprove conditions for our combat veterans, returning troops and their families.Your generous donation will fund our mission.