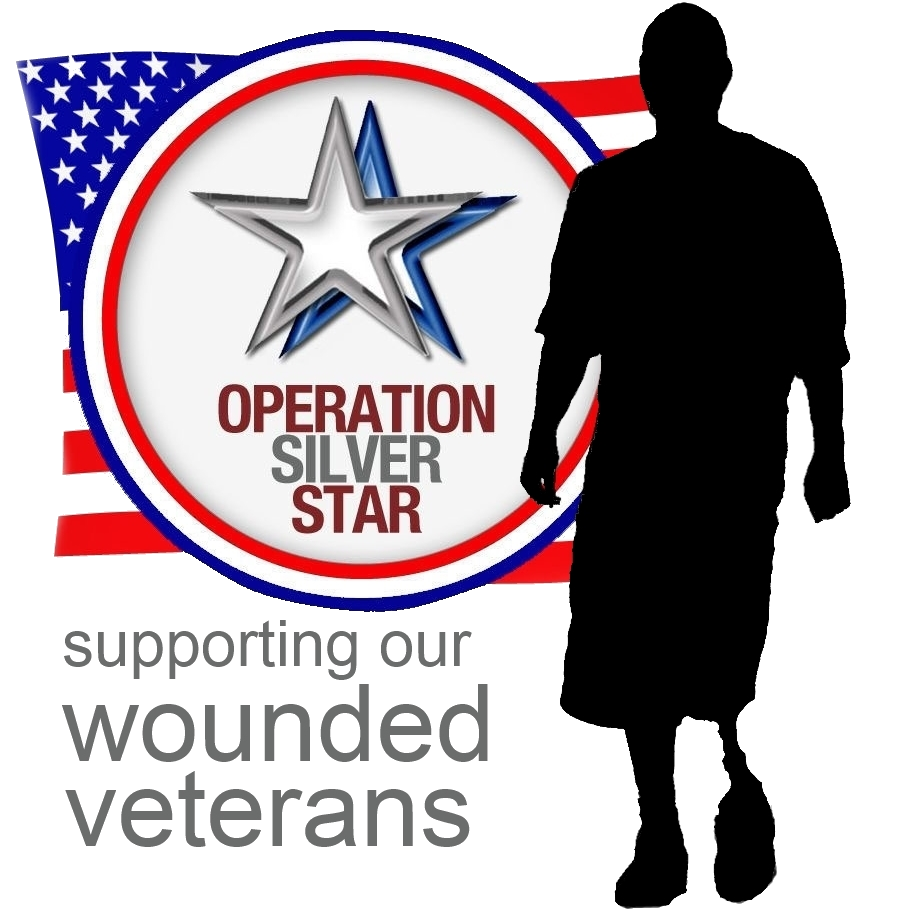 Mrs. De La Cruz began the mission of trying to help the immediate family of servicemen/women of the Armed Forces when she had a son that had been badly injured and almost lost his life in the war of Iraq in March of 2008. Fortunately she did not lose him…but he did lose a limb. Her older son, who was also serving at the time, got diagnosed with Post Traumatic Stress Disorder (PTSD). She found herself in a pit, unable to come out…no ladder to climb up (money). Then it hit her…there were many out there just like her, no place to go, no one to guide her and nowhere to turn to.She pulled together a team of persons skilled in various fields and plans started to take shape. It has been a slow and arduous process not taking into consideration the lack of funds to give this projects a full blast.She overcame the odds, moving beyond specific hardships and family difficulties to enhance the quality of life for others. Her specific actions which put others first, including exemplary act in coming to the assistance of those in need is indeed worth of praise. Mrs. De La Cruz is an exemplary woman.

Mr. De La Cruz has been in the Municipal Law Enforcement Section for over 27 years. Valued internally for commitment and contributions to developing staff; take-in active leadership role as a counselor and coach to new and journey level Municipal Law Enforcement officers, provide input and guidance on the city(s) staffing process, and participate in staff recruitment and retention activities.Recognized and known as an innovator consistently capable of creating new ideas and solutions to meet the most complex and ambiguous Municipal Law Enforcement needs and challenges. Quickly crest the learning curve of unfamiliar subject matter, dis-aggregate problems and developing/executing strategies for solutions that add value to property owners.Built practice credibility, value, and offerings through creation and promotion of pioneering executive suite ideas, provocative new solutions and methodologies, and ground breaking intellectual capital that open the doors to new approaches. Established a competitive advantage that displaced entrenched traditions and stimulated ideas with senior city executives through innovative solution sects that help revenue increase, drive business growth, that deepen/enhance Code Law Enforcement services.

My comprehensive experience includes more than 18+ years of working with elderly veterans with compassion and honor. I have knowledge obtaining a veterans contract and working directly with Veterans of Los Angeles and Long Beach. My passion for veterans stems from my Uncle Joe, E-9 Master Chief Petty Officer who served in the U.S. Navy, and my brother, E-5, BT, U.S. Navy, USS Forrestal CVA-59, and USS Chikaskia AO-54. That’s where my deep respect for the military comes from. My love for all branches of the service comes from my heart, as I know freedom comes at a cost. You know how much it takes for veterans to get the benefits they deserve. How rewarding to know I can play a small role and make a difference in their lives. The love I have for veterans is innately a part of me and my personal motto is; “Helping One Veteran at a Time!”

Aaron Q. Seibert, a Purple Heart Recipient – Iraq War Patriot, enlisted in the United States Navy and reported to Naval Training Center, San Diego, Ca, 17 July, 1991. Upon completion of Navy boot camp he reported to Corpsman Basic “A” School, San Diego, Ca, where he earned the 0000 NEC (Navy Enlisted Code, Basic Corpsman). On Oct 1991 reported to Naval Hospital Long beach Ca, In May 1993 he reported for training at Field Medical Service School Camp Pendleton, Ca, where he earned his second 8404 NEC (FMF Corpsman the privilege to be called “Doc”).Throughout his 20 years of service most of it was spent deploying and training with the United States Marine Corps. On 26 Apr 2006 Aaron Q Seibert was combat wounded and eventually placed at the Wounded Warrior Battalion (WWBnW) for rehabilitation, transitioning and a staff member. Arron was selected in Jun 2007 and was frocked to Chief Petty Officer (E-7) Sept of 2008. Later Appointed “Command Chief” for WWBnW by the Commanding Officer LtCol Martin.In April 1993, HN( Hospitalman) Seibert was transferred to 3rd Medical Battalion, Camp Schwab in Okinawa Japan. In May 1994 he was assigned to 1st Medical Battalion Camp Pendleton Ca. Diploid on (RIMPAC) Rim of the Pacific, the world’s largest international maritime exercise followed by a WestPac (Western Pacific Deployment) with the 11th Marine Expeditionary Unit.In Jul 1996, HM3 (Hospitalman 3rd Class Petty Officer) Seibert was assigned to Naval Hospital Camp Pendleton’s Occupational Health Department as the department Supply and Logistics Petty Officer and Hearing Conservation Technician. In July 2001 he carried out orders to 1st Marine Division assigned to 3rd Battalion 5th Marines.In November 2001 deployed to Okinawa Japan as part of a UDP (Unit Deployment Program), from there completed another WestPac. In January of 2003 he deployed as part of Regimental Combat Team 5 to Iraq in support of OIF (Operation Iraqi Freedom). While still in Iraq April 2003 he was reassigned to Head Quarters Co 5th Marines Regimental Aid Station before returning home. In September 2004 he redeployed to OIF 2 as part of Col Durant’s PSD (Personal Security Detachment) helping in the reconstruction and set up of Iraqi security. October 2005 he turned down orders to Camp Pendleton’s Edison Range to volunteer for a 3rd deployment to OIF, attached TAD (Temporary Additional Duty) to 1st Marine Expeditionary Force (G-10). He deployed Jan 2006 as the Senior Medical Representative of a MTT3 (Military Transition Team3), and Adviser to 3RD Brigade 1st Iraqi Army Divisions Dr’s Ahmed and ShowthoupOn the 26th of Apr 2006 while in Habbaniyah Iraq, the 3rd BDE 1st Iraqi Army and United States Marine Corps was conducting the construction of the forward Patrol Base” Rawtib”. On the first day of construction HMC Seibert was subject to an enemy conducted Mortar attack and was severely injured. He was hit with multiple fragmentations and required Air Medical evacuation to Al Taqattum where he received surgical intervention. He was than evacuated to Balad Iraq, Germany, Walter Reed, Bethesda, and then to Naval Medical Center San Diego. Since then HMC Seibert has received extensive medical care.As the Command Chief he was the Navy Senior Enlisted Adviser to the Commanding Officer providing help and support for 3500 plus Wounded Ill an Injured Marines and Sailors throughout the Pacific. HMC Seibert Retired from the Navy on the 31 July 2011. After Retirement in, Chief Seibert still serves on his own time as a Wounded Warrior Liaison, with weekly meeting at the WWBnW and a key note speaker for multiple civilian groups and non-profit organizations in order to meet the needs in an effort to instill new hopes and dreams for our combat wounded.

Jim Gularte, a Purple Heart Recipient – Vietnam War Patriot, joined the Marine Corp in 1967 and immediately attended Marine Sniper School, was deployed to the Republic of Vietnam in 1968 and was subsequently Medivaced out of the country after being wounded four different dates and was medically discharged from the Marines in 1970.Jim was a State Law Enforcement professional from to 1971 to 1988, became a Federal Agent from 1988 to 1990 and returned to his original profession in 1990 and medically retired in 1997. Jim attended Cal-State Los Angeles in 1978.Currently Jim volunteers for the USMC School of Infantry and Marine Sniper School in Camp Pendleton in San Diego California and Kenehoe Hawaii and has done so since 1995.Jim also volunteers for the USMC, Wounded Warrior Battalion in Camp Pendleton and the Marine Corp Recruit Depot in San Diego since 2007.

Your support and contributions will enable us to meet our goals andimprove conditions for our combat veterans, returning troops and their families.Your generous donation will fund our mission.